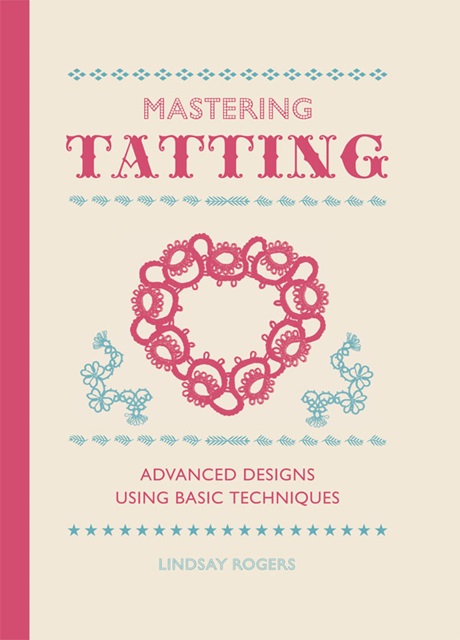 A form of handmade lace, tatting is a traditional skill with origins dating back centuries and spanning continents. Each stitch is composed of two half-hitch knots. The single thread is looped and knotted with the aid of a small shuttle – a simple technique that produces amazingly intricate results. This book shows how a simple piece of tatting can be developed into something striking and complex. The reader is guided through the process with easy-to-follow diagrams and descriptions. The 15 stunning designs, including many variants to experiment with, allow the tatting disciple to explore the craft further. Ideas for how the basic patterns can be developed are included, as well as suggestions such as creating very different looks by varying the thread used. Whatever your level of experience, Mastering Tatting offers the chance to create something satisfying and unique to cherish or give as a gift. 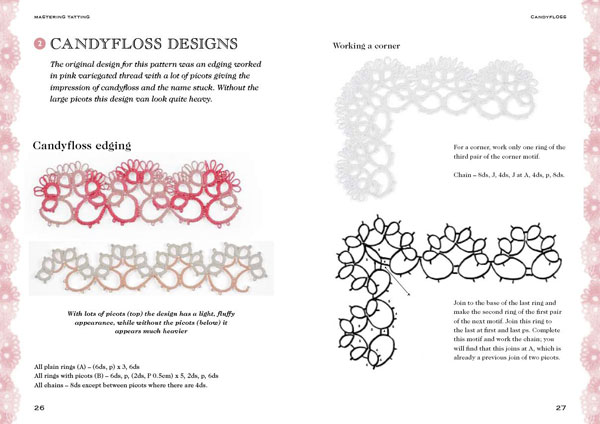 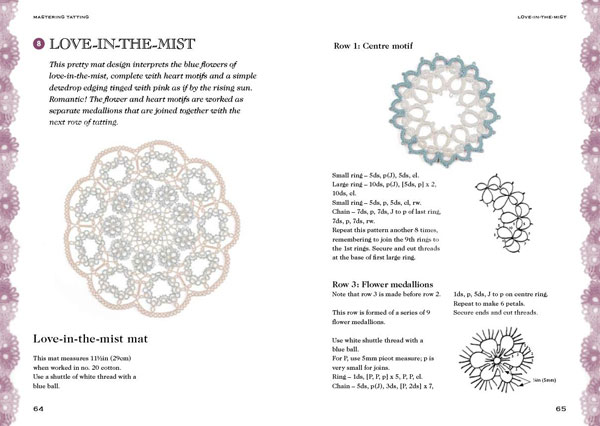 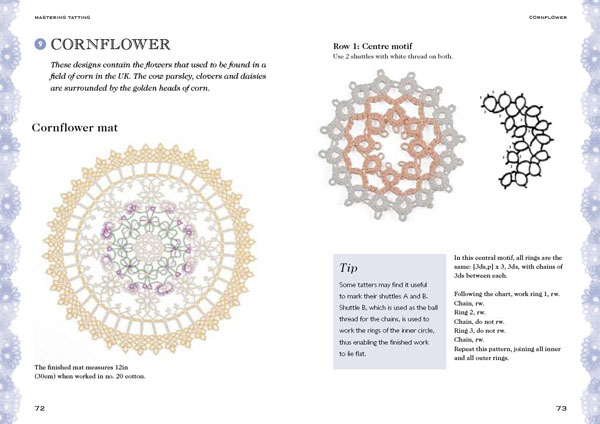 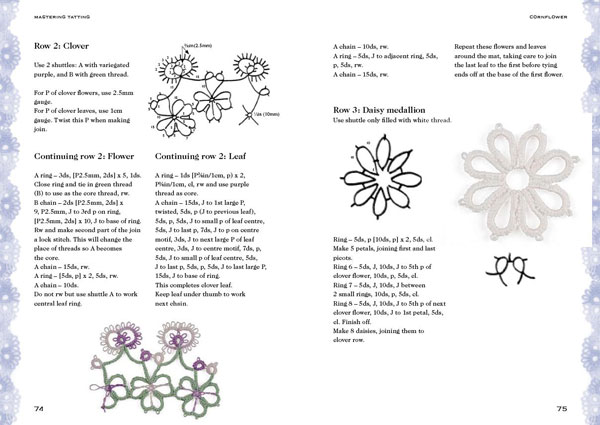 Lindsay Rogers
Lindsay Rogers had been embroidering and tatting as a hobby since childhood. But, in 1987 she joined the international organisation ‘Ring of Tatters’ and was increasingly sought out by individuals and commercial concerns for help with design and technique. Lindsay’s mastery of the craft and deft skill at conjuring up her own wonderful designs and patterns highlighted her expertise and she was invited to teach in Japan where some of her work has been exhibited. Apart from her time in Japan, she has lived in Invergarry in the Highlands of Scotland since the 1960s and her designs are inspired by her love of the countryside.