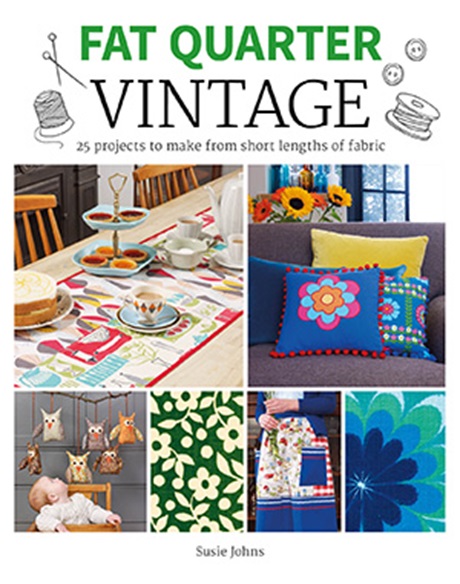 Fat Quarter: Vintage is the latest addition to a fabulous series of stash-busting sewing books. Separated into five decades, from the 1930s to the 1970s, each chapter contains five projects using fat quarter fabric or scraps that reflect the era. The projects have clear step-by-step instructions and beautiful accompanying photography, and there’s a useful tools and techniques section for those who are new to sewing. This book is ideal for using up leftover remnants of fabric, and the projects make great gifts. 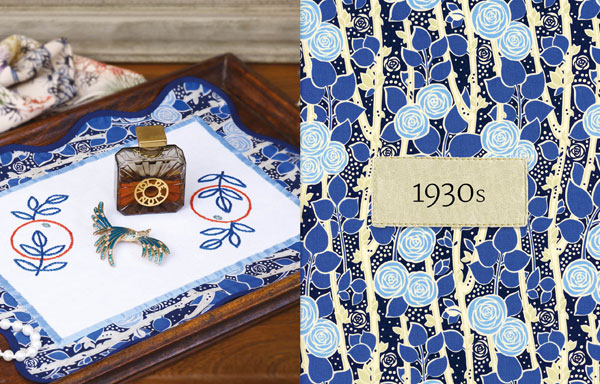 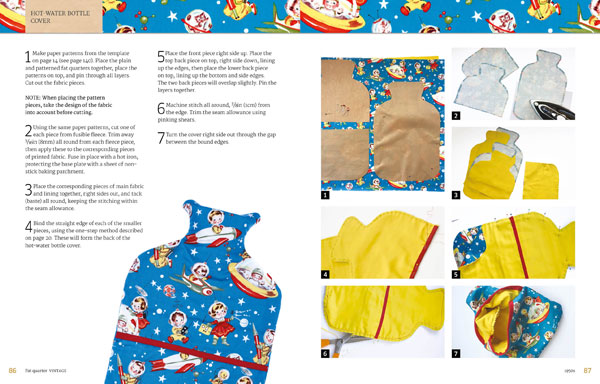 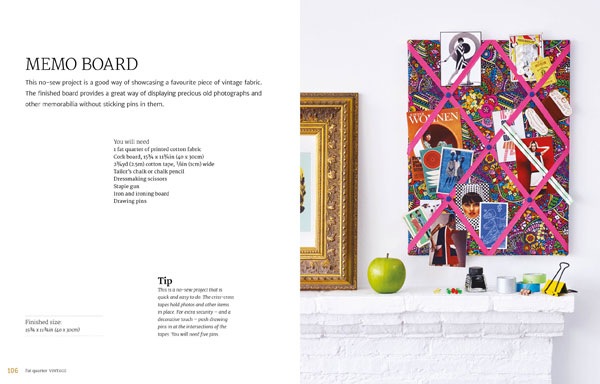 Susie Johns
Susie Johns is an artist and designer who has written dozens of craft books, mostly on knitting, crochet and sewing, including Knitted Pets, Knitted Woodland Creatures, Fat Quarter: Bags & Purses and Fat Quarter: Vintage (all GMC Publications). Her patterns and designs appear regularly in consumer craft magazines in the UK, such as Let’s Knit, Sew and Let’s Get Crafting, and she has written numerous patterns for suppliers such as DMC. She has also demonstrated various crafts on television. Susie studied Fine Art at The Slade School and went on to pursue a career in publishing as an editor before becoming freelance. Alongside her writing career, she teaches drawing and painting at a local adult education college.She also runs classes and workshops on knitting and crochet and has been involved in a number of textile-based community projects in and around London,where she lives.