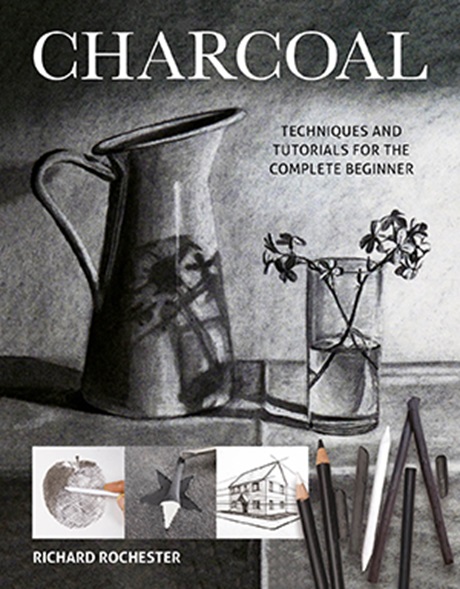 Timeless, stylish, atmospheric and arresting, monochrome has enduring appeal. It can be bold, using the darkest darks, or subtle – almost dreamlike – with the palest of tones. In this easy-to-follow beginner’s guide, readers are taken on a journey to explore the rich potential of monochrome using the medium of charcoal.

Inexpensive and easy to source, charcoal is perfect for the beginner artist. Accomplished artwork can be achieved with just a pad of paper and one stick of charcoal. To increase the variety of mark-making, or simply to make life easier, readers can choose to buy different types and sizes of charcoal, and tools such as blenders and brushes for different effects. This is all explained clearly so the reader can make informed choices. 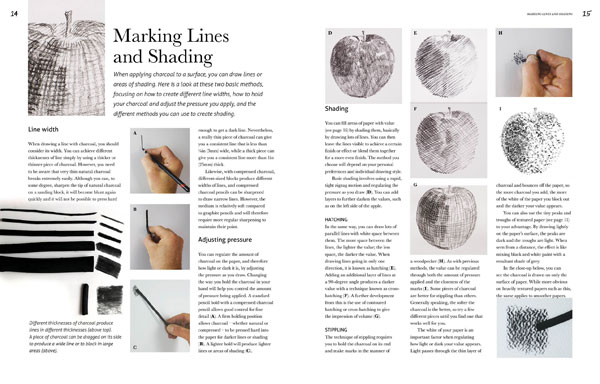 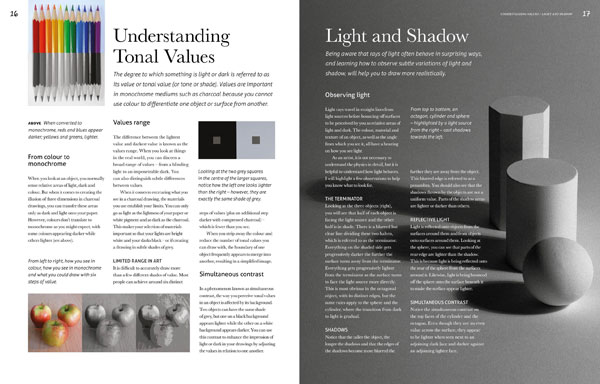 Richard Rochester
Born in 1967, Richard grew up in the fishing village of Lympstone in Devon. After school he initially trained as a jeweller but went on to take a degree in Fine Art at Exeter College of Art and Design and graduated in 1991. Yearning for adventure, just three months after graduation he entered the Royal Military Academy, Sandhurst, and began a military career that lasted 18 years, initially in the Army infantry and later in the Royal Marines. During this time he travelled widely and served operationally in Bosnia Herzegovina, Northern Ireland, Sierra Leone and Afghanistan. Richard left the military in 2012 and briefly ran a veterans' charity project before focussing his full attention on art. He now lives and works in Exeter in the South West of England (his work has hung in Exeter Cathedral). He runs charcoal drawing workshops in addition to taking on commissions. He often works on a large scale, across several metres.